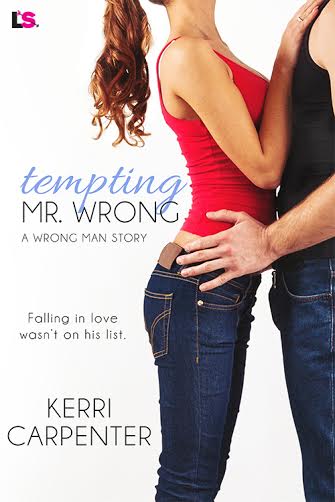 Since it’s release day (or my Book Birthday) I thought I would share an Easter Egg from the book. (Easter Eggs are little nuggets of truth hidden in your book.)

There’s an adorable little girl in this book named Mya. In one scene, Mya is playing with her stuffed animals who are named Princess Magnolia, Penny Butt and Moo-Moo the bear. Growing up, I had a stuffed bear that I called Moo-Moo and I slept with him every night. Also, I was a bridesmaid in a wedding a long time ago and did not, ahem, look the best after the makeup and hair people got through with me. So I nicknamed my ugly bridesmaid-self Penny Butt. Years later, I told my friend Caroline about it who thought this was hysterical. To this day, Caroline calls me Penny Butt and I call her Princess Magnolia. I have no idea where the Princess Magnolia came from, but hey, it stuck.

This book has been a labor of love. I hope you love reading it as much as I loved writing it. Here’s some more info about TEMPTING MR. WRONG, along with all the places to buy it.

Lance Townsend craves freedom after years living a structured existence in the Army. But just as he’s about to start on his bucket list, Lance receives an unexpected request: check in on his goddaughter. The problem? The adorable little girl’s aunt is the one woman he’s never been able to forget.

Carly Quigley can’t believe her brother’s best friend, the man who jilted her years ago, is at her door. He claims her brother asked him to check in on her niece and their fixer-upper, but all either of them can focus on is their undeniable attraction. Carly knows Lance is counting down the hours to leave, which makes him the wrong man for her. Unfortunately, the wrong man has become oh-so-tempting.

*International Readers – there are international options for book buying as well. Please visit the Entangled Publishing page below for other options.

“This was a book I could lose myself in, easy to read and it made me feel, something that’s important to me when I read a book.” -Lovinghotbooks

“Thank you,” she whispered.

“For what?” He was shocked to hear his breathing sounded so labored.

“For giving me the afternoon off. For making that cake. For helping with Mya when I botched everything. It’s a lot easier with you here.” She blushed. “A couple days ago, I would have never thought I’d say that.”

He kissed the tip of her nose. “Yeah, you didn’t seem too thrilled to see me.”

“No, I was…okay.” She laughed. “I wasn’t. To be honest, I was still thinking about my brother’s wedding. I’d never understood why you’d left me so abruptly back then.”

Carly must have picked up on his thoughts. She took a small step back. “I know, you don’t want to kiss me. You don’t see me that way.”

He took her in from her swollen lips to the sexy business suit she still wore, to all of that amazing hair. Her eyes were practically twinkling, lighting up her fair, flawless skin. Did she have any idea how gorgeous she was? How appealing she was?

He shook his head. “That’s the problem, Carly,” he began, his voice coming out in gruff spurts. “I do see you like that. I’ve been fighting it since I got here.” He ran a hand through his short hair. “Hell, probably since Chris and Gretchen said I do.”

“I tell myself over and over that it’s wrong to think about you the way I do.”

A small smile played over her lips. “How do you think about me?”

He swallowed hard. “In a way that would definitely make your brother sucker-punch me in the face.”